News
You are here: Home1 / News2 / A/C3 / A Look Inside: Auto Car Airconditioning

As many of you will know, an air conditioner is the apparatus used for controlling the temperature and humidity of an enclosed space.

However, what you may not know is that there are three main parts of the air conditioning system: the compressor, the condenser and the evaporator.

The air conditioner must be turned by the user who selects the amount of air flow desired. The heating and cooling system can be controlled manually by pressing buttons or turning knobs.
Automatic air conditioning ensures climate control, optimum air quality and a pleasant temperature in the interior. With automatic air conditioning, regulation of the temperature takes note of the position of the sun and the intensity of heat it is producing thus the interior of the vehicle always remains at the desired level and the airflow is distributed suitably.

With automotive air conditioning there is clean air at all times irrespective of whether there is a high concentration of pollutants in the outside air: it switches to air recirculation filtering.

Auto air conditioning also includes a defrost function which can be activated at the push of a button to clear a fogged or an iced up window. This directs the airflow onto the inside of the glass with a high blower setting.

Auto Airconditioning is made up of the following parts:

Compressor
Also known as the central operating system of the air conditioner, the compressor’s main function is to compress gas. The auto airconditioning system has two sides which are designed to discharge and suction. The compressor is like a pump whereby the suction side draws in refrigerant gas from the outlet of the evaporator.

Condensor
This is where the heat dissipation occurs. It is designed to radiate heat. Condensers should have a good airflow at all times. As hot compressed gases are introduced into the top of the condenser, they are cooled off and as the gas cools, it condenses and exits at the bottom of the condenser and exits as high liquid pressure.

Evaporator
This is placed in the interior of the vehicle and its main function is to absorb heat. It provides several functions but the primary one is keeping the inside of the vehicle cool by removing heat.

Pressure Regulating Device
the pressure regulating device’s function is to control the temperature in the evaporator by controlling refrigerant pressure and flow.

Thermal Expansion Value
It senses both temperature and pressure and is very efficient at regulating refrigerant flow to the evaporator. The thermal expansion valves vary according to different automotive models.

Accumulators
Accumulators are connected directly to the evaporator outlet and store excess liquid refrigerants. They also remove debris and moisture from a system. 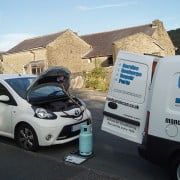 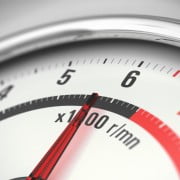 The A-Z of Self Drive 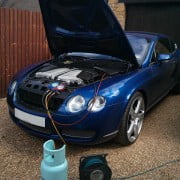 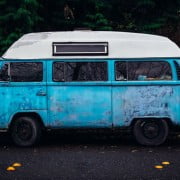 What do people love about their cool car? 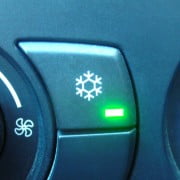 Using Air Conditioning in Your Car all Year Round 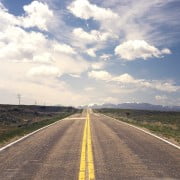 How to tell if your car aircon unit needs some work

Reasons Why Not To Get Your Car Airconditioning Recharge From The Tyre Deal...